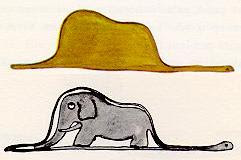 A simple example of hypothesis testing is where we know what “normal” is, and we want to evaluate whether some sample conforms to our understanding of “normal”, or is so unusual that it’s indicative of an actual shift in behaviour or pattern.

Notice how the hypothesis statement can be about things getting bigger or smaller or just changing in some way!

Formulate the null and alternate hypotheses

The null hypothesis represents our understanding of “normal”. The alternate hypothesis would be “not normal” – which would allow us to say “yes, this sample is genuinely remarkable in the way that we hoped or feared it would be”. In other words: for the sample we have, we can reject the null hypothesis. For example, a certain species of fish is normally 30cm or greater, but we suspect that fish in the Atlantic Ocean will be smaller:

What do we have to work with?

In this kind of hypothesis testing you have a LOT of information available:

What are we actually looking for? 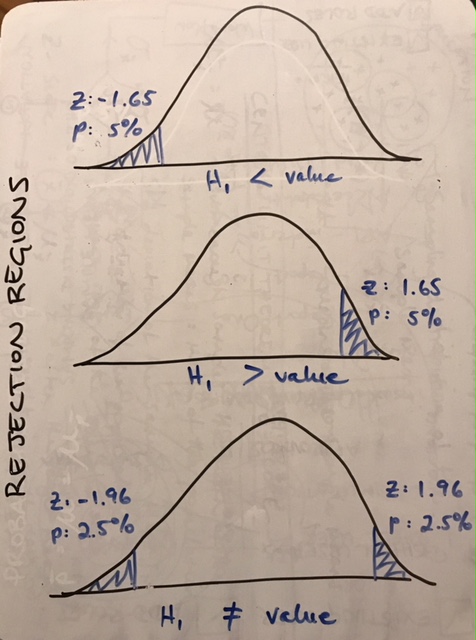 Using our old friends, the central limit theorem and the z-score! Here’s an example: 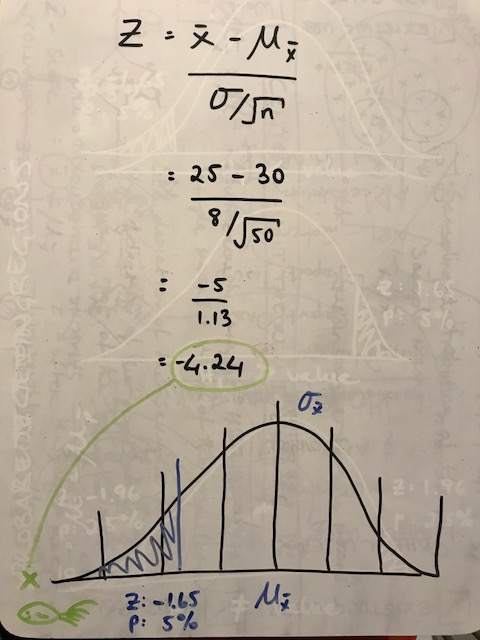 The z-score of -4.24 is so far left of our minimum rejection region of -1.65 that we can confidently reject the null hypothesis, and therefore say that it IS likely this species of fish in the Atlantic Ocean is generally smaller!